From SEBoK
Capability Updates, Upgrades, and Modernization
Jump to navigation Jump to search

Modernization and upgrades involve changing the product or service to include new functions and interfaces, improve system performance, and/or improve system supportability. The logistic support of a product or service reaches a point in its life where system modernization is required to resolve supportability problems and to reduce operational costs. The INCOSE Systems Engineering Handbook (INCOSE 2012) and Systems Engineering and Analysis (Blanchard and Fabrycky 2005) both stress the importance of using life cycle costslife cycle costs (LCC) when determining if a product or service should be modernized. Systems can be modernized in the field or returned to a depot or factory for modification.

Design for system modernization and upgrade is an important part of the system engineering process and should be considered as part of the early requirements and design activities. Engineering change proposalsEngineering change proposals (ECPs) are used to initiate updates and modifications to the original system. Product and service upgrades can include new technology insertion, removing old equipment, or adding new equipment. Form, fit, function, and interfaceForm, fit, function, and interface (F3I) is an important principle for upgrades where backward compatibility is a requirement.

Product and service modernization involves the same systems engineering (SE) processes and principles that are employed during the upfront design, development, integration, and testing. The primary differences between product and service modernization are the various constraints imposed by the existing system architecture, design, and components. Modernizing a legacy systemlegacy system requires a detailed understanding of the product or service prior to making any changes. The constraints and the existence of design and test artifacts make it necessary for the systems engineers performing modernization to tailor the traditional development processes to fit the situation.

Product and service modernization occurs for many reasons, including the following:

The UK chapter of the INCOSE developed Applying Systems Engineering to In-Service Systems: Supplementary Guidance to the INCOSE Systems Engineering Handbook (INCOSE UK Chapter 2010). This guidance document applies to any system for which multiple systems are produced. These systems may be buildings, transmission networks, aircraft, automobiles or military vehicles, trains, naval vessels, and mass transit systems.

Government and military products provide a comprehensive body of knowledge for system modernization and updates. Key references have been developed by the defense industry and can be particular to their needs.

Key factors and questions that must be considered by the systems engineer when making modifications and upgrades to a product or service include:

Key processes and procedures that should be considered during product and service modernization include:

Product modernization involves understanding and managing a list of product deficiencies, prioritizing change requests, and handling customer issues associated with product usage. The INCOSE Systems Engineering Handbook emphasizes the use of Failure Modes, Effects, and Criticality AnalysisFailure Modes, Effects, and Criticality Analysis (FMECA) to understand the root causes of product failures and provide the basis for making any product changes.

Product modernization uses the engineering change management principle of change control boards to review and implement product changes and improvements. The U.S. Office of the Under Secretary of Defense for Acquisition, Technology, and Logistics (OUSD AT&L) provides an online reference for product modernization and the use of an ECP to document planned product or service modernization efforts.

Product modernization and upgrades require the use of system documentation. A key part of the product change process is to change the supporting system documentation functions, interfaces, modes, performance requirements, and limitations. Both INCOSE (2012) and Blanchard and Fabrycky (2005) stress the importance of understanding the intended usage of the product or service documented in the form of a concept of operations.

If system documentation is not available, reverse engineeringreverse engineering is required to capture the proper “as is configuration” of the system and to gain understanding of system behavior prior to making any changes. Seacord, Plakosh, and Lewis's Modernizing Legacy Systems (2003) explains the importance of documenting the existing architecture of a system, including documenting the software architecture prior to making any changes. Chapter 5 of Seacord, Plakosh, and Lewis provides a framework for understanding and documenting a legacy system (2003). The authors point out that the product or service software will undergo a transformation during modernization and upgrades. Chapter 5 introduces a horseshoe model that includes functional transformation, code transformation, and architecture transformation (Seacord, Plakosh, and Lewis 2005).

It is important to consider changes to the system support environment. Change may require modification or additions to the system test equipment and other support elements such as packaging and transportation.

Some commercial products contain components and subsystems where modernization activities cannot be performed. An example of these types of commercial systems can be seen by looking at consumer electronics, such as radios and computer components. The purchase price of these commercial systems is low enough that upgrades are not economical and are considered cost prohibitive.

Service system modernization may require regulatory changes to allow the use of new technologies and new materials. Service system modernization requires backward compatibility to previous provided service capability during the period of change. Service system modernization also generally spans large geographical areas, requiring a phase-based change and implementation strategy. Transportation systems, such as highways, provide service to many different types of consumers and span large geographical areas. Modernization of transportation systems often requires reverse engineering prior to making changes to understand how traffic monitoring devices such as metering, cameras, and toll tags interface with the rest of the system. The California Department of Transportation's (CDOT's) Systems Engineering Guidebook for Intelligent Transportation Systems (ITS) (2005) adds reverse engineering to the process steps for system upgrade. In addition, this reference points out the need to maintain system integrity and defines integrity to include the accurate documentation of the system's functional, performance, and physical requirements in the form of requirements, design, and support specifications.

Software modernization is discussed in the Guide to the Software Engineering Body of Knowledge (SWEBOK) (Bourque and Fairley, 2014).

Enterprise system modernization must consider the location of the modification and the conditions under which the work will be performed. The largest challenge is implementing the changes while the system remains operational. In these cases, disruption of ongoing operations is a serious risk. For some systems, the transition between the old and new configuration is particularly important and must be carefully planned.

Enterprise system modernization may require coordination of changes across international boundaries. Enterprise modifications normally occur at a lower level of the system hierarchy. Change in requirements at the system level would normally constitute a new system or a new model of a system.

The INCOSE UK Chapter Supplementary Guidance (2010) discusses the change to the architecture of the system. In cases where a component is added or changed, this change will constitute a change to the architecture. As an example, the global positioning system (GPS) is an enterprise system implemented by the United States military but used by both commercial and government consumers worldwide. Modernization may involve changes to only a certain segment of the enterprise, such as the ground user segment to reduce size, weight, and power. Modernization may only occur in certain geographical areas of operation. For example, the air transportation system consists of multiple countries and governing bodies dispersed over the entire world. Changes can occur locally or can require coordination and integration world-wide.

The Vee Model for Modifications

Figure 1 below illustrates how the standard Vee modelVee model would be applied to a system modification. This Vee model is for the entire system; the key point is that if a modification is being initiated at a lower level of the system hierarchy, the Vee model must be entered at that level as shown in the figure. The figure shows three entry points to the Vee model. As the INCOSE UK Chapter Supplementary Guidance (2010) points out, the Vee model may be entered multiple times during the life of the system. 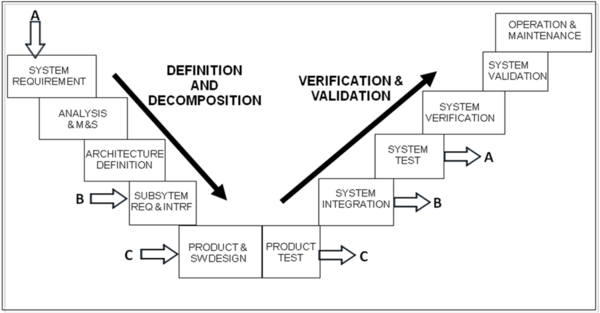 Figure 1. The Vee Model for Modifications at the Three Different Levels. (SEBoK Original)

There are many cases where the change to a system needs to be introduced at the lowest levels of the architectural hierarchy; here, the entry point to the process is at point C on the Vee model. These cases are typically related to obsolete parts caused by changes in technology or due to reliability issues with subsystems and parts chosen for the original design. A change at this level should be F3I compatible so that none of the higher-level requirements are affected. The systems engineer must ensure there is no impact at the higher levels; when this does occur, it must be immediately identified and worked out with the customer and the other stakeholders.

In “Life extension of Civil Infrastructural works - a systems engineering approach” van der Laan (2008) provides a maintenance process that interacts with the system engineering process, represented by the Vee model. His life extension (or modernization) process model includes reverse engineering to obtain the system definition necessary for the modernization process. Consideration of the total lifecycle of the system will result in the capture of all of the records necessary for later upgrade; however, for many reasons, the systems engineer will find that the necessary information has not been captured or maintained.

As pointed out by the INCOSE UK Chapter Supplementary Guidance (2010) there may be multiple modifications to a system in its lifetime. Often these modifications occur concurrently. This situation requires special attention and there are two methods for managing it. The first is called the “block” method. This means that a group of systems are in the process of being modified simultaneously and will be deployed together as a group at a specific time. This method is meant to ensure that at the end state, all the modifications have been coordinated and integrated so there are no conflicts and no non-compliance issues with the system-level requirements. The second method is called continuous integration and is meant to occur concurrently with the block method. Information management systems provide an example of a commercial system where multiple changes can occur concurrently. The information management system hardware and network modernization will cause the system software to undergo changes. Software release management is used to coordinate the proper timing for the distribution of system software changes to end-users (Michigan Department of Information Technology, 2008).

Currently, a prominent consideration is the use of commercial-off-the-shelf (COTS) components. The application of COTS subsystems, components, and technologies to system life management provides a combination of advantages and risks. The first advantage is the inherent technological advancements that come with COTS components. COTS components continue to evolve toward a higher degree of functional integration. They provide increased functionality, while shrinking in physical size. The other advantage to using COTS components is that they typically have a lower cost.

OUSD(AT&L). 2012. “On-line policies, procedures, and planning references.” Office of the Under Secretary of Defense for Acquisition, Transportation and Logistics, US Department of Defense (DoD). Accessed on August 30, 2012. Available at: http://www.acq.osd.mil/log/

Jackson. 2007. “A Multidisciplinary Framework for Resilience to Disasters and Disruptions.” Journal of Integrated Design and Process Science. 11(2).