The BKCASE Project began in the fall of 2009. Its aim was to add to the professional practice of systems engineering by creating two closely related products:

The Guide to the Systems Engineering Body of Knowledge (SEBoK) is a living authoritative guide that discusses knowledge relevant to Systems Engineering. It defines how that knowledge should be structured to facilitate understanding, and what reference sources are the most important to the discipline. The curriculum guidance in the Graduate Reference Curriculum for Systems Engineering (GRCSE) (Pyster and Olwell et al. 2015) makes reference to sections of the SEBoK to define its core knowledge; it also suggests broader program outcomes and objectives which reflect aspects of the professional practice of systems engineering as discussed across the SEBoK.

Between 2009 and 2012, BKCASE was led by Stevens Institute of Technology and the Naval Postgraduate School in coordination with several professional societies and sponsored by the U.S. Department of Defense (DoD), which provided generous funding. More than 75 authors and many other reviewers and supporters from dozens of companies, universities, and professional societies across 10 countries contributed many thousands of hours writing the SEBoK articles; their organizations provided significant other contributions in-kind.

The SEBoK came into being through recognition that the systems engineering discipline could benefit greatly by having a living authoritative guide closely related to those groups developing guidance on advancing the practice, education, research, work force development, professional certification, standards, etc.

At the beginning of 2013, BKCASE transitioned to a new governance model with shared stewardship between the Systems Engineering Research Center (SERC), the International Council on Systems Engineering (INCOSE), and the Institute of Electrical and Electronics Engineers Computer Society (IEEE-CS). This governance structure was formalized in a memorandum of understanding between the three stewards that was finalized in spring of 2013 and subsequently updated. In January 2020, the IEEE Systems Council replaced the IEEE-CS in representing IEEE as a steward. The stewards have reconfirmed their commitment to making the SEBoK available at no cost to all users, a key principle of BKCASE.

This update to the SEBoK included: 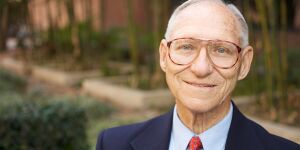 Barry Boehm (1935-2022) was a pioneer of the field and a joy to work with. Barry was an author and editor on the SEBoK for over a decade.

This release coincides with the 10th anniversary of the release of SEBoK v. 1.0. We would like to dedicate this edition to our friend and colleague, Barry Boehm. Barry was not only an exceptional software and systems engineer but a true gentleman. Barry was a key member of the team that kicked off work on SEBoK v. 0.25 in 2009. Sadly, Barry passed away in August of this year, but his contributions to the field - which include the spiral development model and COCOMO among many - will live on, as will our fond memories of working with him. Rest well, friend.

Read more about Barry's contributions to systems engineering from his colleagues at the University of Southern California (USC) and the Systems Engineering Research Center (SERC).

There have been 24 releases of the SEBoK to date, collected into 16 main releases.

Click on the links above to read more information about each release.