A system modelmodel represents aspects of a system and its environment. There are many different types of models, as there are a variety of purposes for which they are built. It is useful to have a common way to talk about the concepts underlying the many different types of models (e.g., many modeling techniques enable the understanding of system behaviorbehavior, while others enable the understanding of system structurestructure). This article highlights several concepts used for modeling systems.

Perhaps the most fundamental concept in systems modeling is abstractionabstraction, which concerns hiding unimportant details in order to focus on essential characteristics. Systems that are worth modeling have too many details for all of them to reasonably be modeled. Apart from the sheer size and structural complexity that a system may possess, a system may be behaviorally complex as well, with emergent properties, non-deterministic behavior, and other difficult-to-characterize properties. Consequently, models must focus on a few vital characteristics in order to be computationally and intellectually tractable. Modeling techniques address this complexity through various forms of abstraction. For example, a model may assume that structural characteristics of many individual components of a particular type are all the same, ignoring the small order differences between individuals in instances that occur in real life. In that case, those differences are assumed to be unimportant to modeling the structural integrity of those components. Of course, if that assumption is wrong, then the model could lead to false confidence in that structural integrity. There are two key concepts that are applied in regard to modeling different levels of abstraction, which are: view and viewpoint, and black-box and white-box modeling, which are described below. Although these two modeling methods are the most widely recognized, different modeling languages and tools employ other techniques as well.

Even though IEEE 1471 is focused on architecture models, the concepts of view and viewpoint are general and could apply to models for other purposes as well (IEEE 2000). The viewpoint addresses the concerns of the stakeholders and provides the necessary conventions for constructing a view to address those concerns; therefore, the view represents aspects of the system that address the concerns of the stakeholder. Models can be created to represent the different views of the system. A systems model should be able to represent multiple views of the system to address a range of stakeholder concerns. Standard views may include requirements, functional, structural, and parametric views, as well as a multitude of discipline-specific views to address system reliability, safety, security, and other quality characteristics.

A very common abstraction technique is to model the system as a black-boxblack-box, which only exposes the features of the system that are visible from an external observer and hides the internal details of the design. This includes externally visible behavior and other physical characteristics, such as the system’s mass or weight. A white-boxwhite-box model of a system, on the other hand, shows the internal structure and displays the behavior of the system. Black-box and white-box modeling can be applied to the next level of design decomposition in order to create a black-box and white-box model of each system component.

A preliminary conceptual (or concept) model for systems engineering (Systems Engineering Concept Model) was developed in support of the integration efforts directed toward the development of the Object Management Group (OMG) SysML and the International Organization for Standardization (ISO) AP233 Data Exchange Standard for Systems Engineering (ISO 2010). The concept model was originally captured in an informal manner; however, the model and associated concepts were rigorously reviewed by a broad representation of the systems engineering community, including members from the International Council on Systems Engineering (INCOSE), AP233, and SysML development teams.

A fragment from the top level systems engineering concept model is included in Figure 1. This model provides concepts for requirements, behavior, structure and properties of the system, as well as other concepts common to systems engineering and project management, such as the stakeholderstakeholder. The concept model is augmented by a well-defined glossary of terms called the semantic dictionary. The concept model and the semantic dictionary contributed greatly to the requirements for the OMG Systems Modeling Language written in the UML for Systems Engineering Request for Proposal. 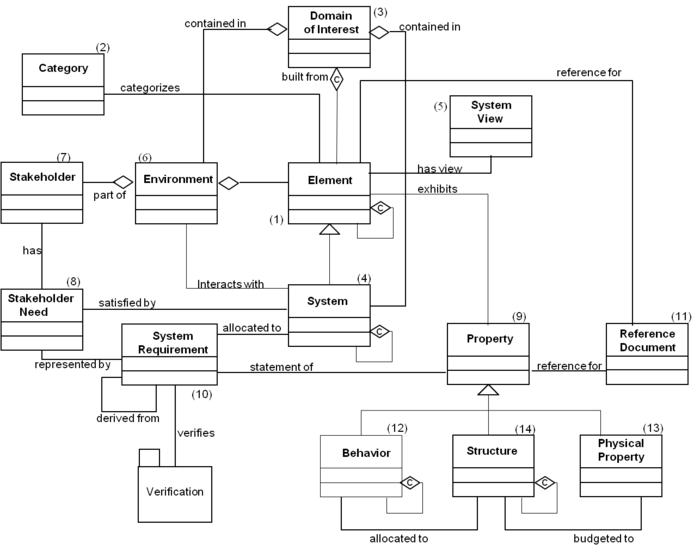 Figure 1. Fragment of the Object Management Group System Concept Model (Oliver 2003, Slide 3). Permission granted by David Oliver on behalf of INCOSE MDSD Working Group. All other rights are reserved by the copyright owner.

Guizzardi, G. 2007. "On ontology, ontologies, conceptualizations, modeling languages, and (meta)models," Proceedings of the 2007 Conference on Databases and Information Systems IV. Available at: http://portal.acm.org/citation.cfm?id=1565425.