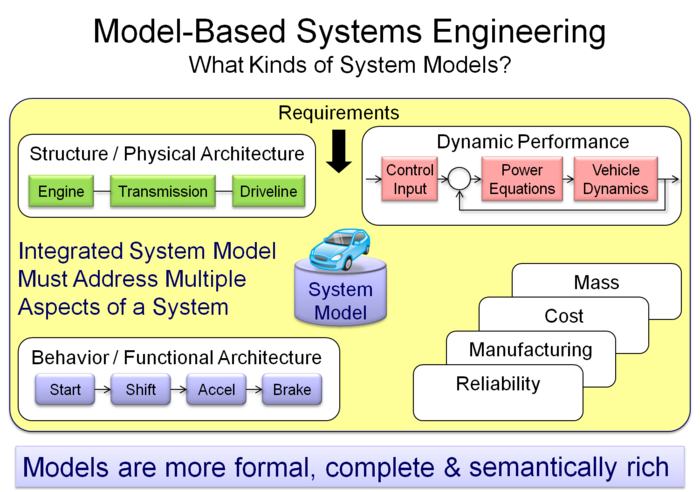 A descriptive model describes logical relationships, such as the system's whole-part relationship that defines its parts tree, the interconnection between its parts, the functions that its components perform, or the test cases that are used to verify the system requirements. Typical descriptive models may include those that describe the system architecture or computer-aided design models that describe the three dimensional geometric representation of a system.

An analytical model describes mathematical relationships, such as differential equations that support quantifiable analysis about the system parameters. Analytical models can be further classified into dynamic and static models. Dynamic models describe the time-varying state of a system, whereas static models perform computations that do not represent the time varying state of a system. A dynamic model may represent the performance of a system, such as the aircraft position, velocity, acceleration, and fuel consumption over time. A static model may represent the mass properties calculation or a reliability prediction.